A few posts ago I mentioned that something dramatic happened that left me shocked for a few days. One day I will find the event hilarious but that moment hasn’t come yet!

The title says it all or?? If that doesn’t get you to read my blog then I don’t know what will. Oh yeah, there is the food I discover, the dishes I make and the ingredients I try out and write about…!! 🙂

I met this Canadian guy in Bangkok at the guest house I was staying in and we got on so I told him to visit me when he came to Siem Reap, so he did. We’ve become friends and when we went out one night here in Siem Reap he picked up this girl. I mentioned to him that she is a ‘working girl’! Meaning she is a prostitute and you’ll probably have to pay her to go home with her. I know because I’ve seen her many times and she lives on my block on my floor a few doors away. Basically he spent a few days with her but found the relationship difficult and decided to stop seeing her.

She came up to me one night when I went out to one of the clubs here and basically blamed me that it hadn’t worked out between her and him! I’d been drinking and obviously so had she. After I refused to take responsibility for her personal inadequacy for holding down a relationship (I’m no expert on this matter either) she threw a glass of beer all over me and became abusive. That followed with a jug of beer leaving me soaking wet and lots of swearing from both sides. The security came and led her away.

I left the club 15 minutes later with my close friend S. (not the Canadian friend). She came up to me outside and whacked me with her handbag and was still shouting and swearing. Her temporary white boyfriend stepped in but didn’t have the balls to stop her although it was obvious she was in the wrong. So I dropped the matter and started walking home. Suddenly I got smacked on the back of the head by something extremely hard. I turned around and caught a glimpse of what had hit me.

END_OF_DOCUMENT_TOKEN_TO_BE_REPLACED

Here’s another strange fruit that I came across here for the first time in my life. The milk fruit in English, ‘plei teuk doh ko’ in Khmer. The fruit flesh around the seeds is jelly like. It’s got a sweet taste to it. Although the first time I tried it, it wasn’t even sweet. It was just strange with no particularly exciting flavour (to my disappointment). The second time the fruit was slightly sweet as my partner explained – sometimes they are sweet and sometimes not!! They are the size of an apple and have hard black seeds. When you cut them a whitish liquid oozes out that looks like milk-hence the name in Khmer which means milk fruit -actually it’s ‘fruit of water from the tits of a cow’ to be exact with the translation! Tits of a cow would of course be udder in English :-). It’s the same word for cow’s and women’s breasts in Khmer (but not for cows and women……I’d like to add….heheh…..!! 🙂

END_OF_DOCUMENT_TOKEN_TO_BE_REPLACED

Here’s an amazing looking fruit that I picked up on the Thai side of the Poipet border coming back from Bangkok. They are the size of cherries and taste nothing like them. In fact cherries taste mush better (if they’re not pumped full of chemicals) in my opinion. But these look just astounding!!

They are called Sa’ree in Khmer. Haven’t a clue in English. They are juicy with a bit of crunch, have a hint of sweet and a hint of sour. I ate them with the traditional salt and chilli mix you get with all sour fruits here. In fact I was rather disappointed with the taste. I expected something much more spectacular because of it’s beauty!!

END_OF_DOCUMENT_TOKEN_TO_BE_REPLACED

So, my blogging posts have become sparse whilst my life hasn’t really become busier, but my mind is somewhat pre-occupied with the events of my life. And there is one shocking event from the past week that has left me almost speechless and very angry. I will write a post about this in the near future once I have digested this real life happening! – Click here to read more as I’ve posted about this event now!!

Now back to the my beloved fruits of Asia!! I’m not a fan of custard because we were forced to eat it in primary school (in London of course-for those of you who haven’t read the ‘about me’ section of my blog, I didn’t grow up in Bangladesh!) And I eat the occasional apple but also a pretty boring fruit in my world. So how about the custard apple (thee’up in Khmer). Nothing like custard or apples (haha!) It looks very similar to a cherimoya (and tastes the same to my taste buds) that I’ve ate many times back in Europe. I’ve just done some online research and they are from the same family. Some say they are the same fruit with a different name but the cherimoya has different skin to the custard apple from my experience. A cherimoya has skin that surrounds the flesh in one piece. When you cut it the skin stays in one piece. This description may be a bit strange but I don’t know how else to word it. The custard apple has skin that is thick and comes off in segments. You can see the segments in the pictures below. The taste is extremely sweet and the texture creamy and slightly grainy. I love this fruit. Easy to eat-meaning easy to peel with your bare hands and actually quite filling as a fruit. The fruit flesh comes in segments too surrounding a hard black seed. They are the size of a medium sized apple.

You can see below the the skin and fruit flesh segments coming apart with ease!!

END_OF_DOCUMENT_TOKEN_TO_BE_REPLACED

I wish everyone a wonderful new year!! I haven’t even opened my blog site in almost a month now.

Thanks to everyone that’s visited my blog and sorry for not even reading any comments let alone writing replies. I dunno if it’s writers block or just lack of motivation. The latter I think.

Here’s a picture from Bangkok as I was there for a few days last month shopping!!

The new year brings many challenges. Going back to Europe will be the biggest one in the coming months for me. Almost 2 years ion Asia now and I guess I’m so used to the way of life here that I might be in for a massive culture shock back in Berlin and London.

Reasons for going back are of course to spend time with my daughter, family and very close friends. And just as important I need to earn a bundle of joyful cash so I can get back here to Cambodia and continue living my life in joy and piece:-)!! END_OF_DOCUMENT_TOKEN_TO_BE_REPLACED 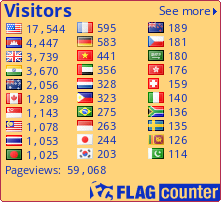